The Future Is Not What It Used To Be 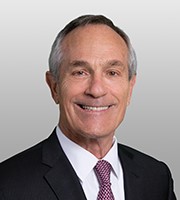 I will use the US/Mexico Border as a case study of the general propositions advanced in the presentation.

Alan Bersin serves as Senior Advisor at the global law firm of Covington & Burling; as an Inaugural Senior Fellow in the Homeland Security Project at the Belfer Center at the Harvard Kennedy School of Government; as a Global Fellow at the Woodrow Wilson Center for International Scholars in Washington DC; and as Inaugural North America Fellow at the Canada Institute and the Mexico Institute (Wilson Center). He is Executive Chairman of Altana Trade, an enterprise devoted to providing machine learning and artificial intelligence-based insights on border management and global trade; and Chairman of BorderWorks Group, a consulting firm specializing in matters of border security and management, including infrastructure projects on U.S. land borders with Canada and Mexico.

Between 2012 and 2017, Bersin served (at various times) as Assistant Secretary for Policy & International Affairs and Chief Diplomatic Officer in the U.S. Department of Homeland Security(DHS). In those capacities, he led DHS’s transnational engagement, served as the principal advisor to the Secretary on international affairs,and oversaw strategic planning and policy formulation functions. Between 2012 and 2015, Bersin served as Vice President of INTERPOL for the Americas Region and as a member of the INTERPOL Executive Committee. He currently serves as a Member of the Board of Trustees of the INTERPOL Foundation based in Geneva.

Previously, Mr. Bersin served as Commissioner of U.S. Customs and Border Protection from 2010 to 2011, a position from which he oversaw the operations of CBP’s 58,000-employee work force and managed an operating budget of more than $12 billion. Bersin guided CBP’s efforts to secure the nation’s borders and mitigate threats while expediting lawful trade and travel. In 2009, Bersin served as Assistant Secretary and Special Representative for Border Affairs, acting as lead representative for DHS on border affairs and strategy regarding security, immigration, narcotics, and trade matters as well as coordinating the department’s security initiatives along U.S. borders.

Prior to his DHS experience, President Bill Clinton appointed, and the U.S. Senate confirmed, Bersin to serve in the Department of Justice as U.S. Attorney for the Southern District of California a position he held for nearly five years. During this time, he was the Attorney General’s Southwest Border Representative (the so-called Borer Czar) responsible for coordinating federal law enforcement on the border from South Texas to Southern California.

Bersin has also held numerous distinguished state and local government positions, including serving as California’s Secretary of Education, Superintendent of Public Education in San Diego, and Chairman of the San Diego Airport Authority. Before entering public service, Bersin was a senior partner in the law firm of Munger Tolles & Olson. He is a member of the Council on Foreign Relations and the Pacific Council on International Policy. He received his A.B. in Government from Harvard College (magna cum laude), attended Balliol College at Oxford University as a Rhodes Scholar. In 1974, he received his J.D. from the Yale Law School. Bersin is a current member of the Bars of California, Alaska and District of Columbia.

he buffet luncheon will open at 11:30 AM. Mrr. Bersin will speak and take questions from the audience from Noon to 1:15 PM. Member price is $30 with early registration. The price at the door is $40 for members, $50 for non-members and $35 for students and military personnel in uniform. The $10 discount for early registration at ends Monday night prior to the event. Web site does not sell tickets the Tuesday before the event.

You may also pay at the door with cash, check or credit card. To avoid the ticketing fee, and take advantage of the discount, you may also send a check to the World Affairs Council of South Texas, 4409 Sue Circle, Corpus Christi, Texas 78410. Please make sure your checks arrive prior to Saturday before the event. 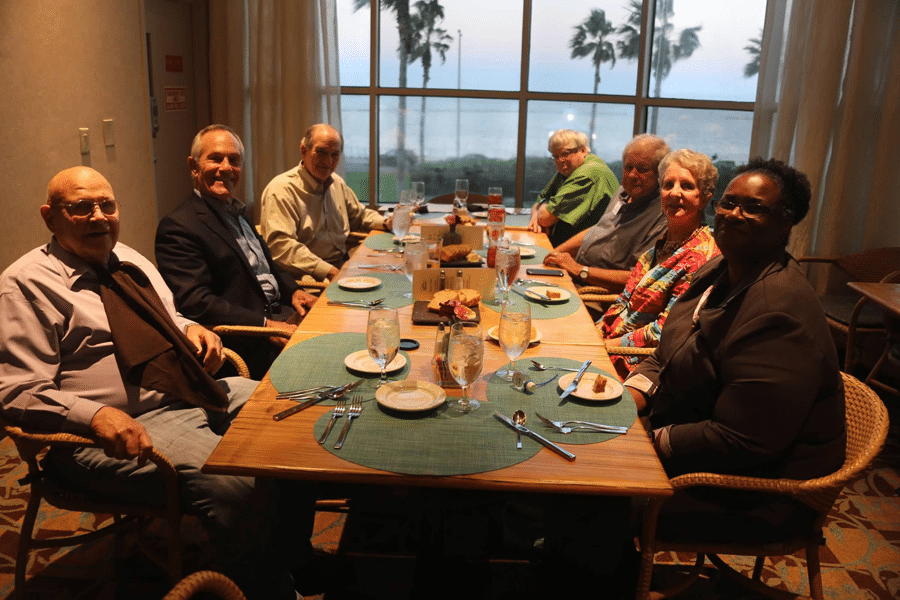 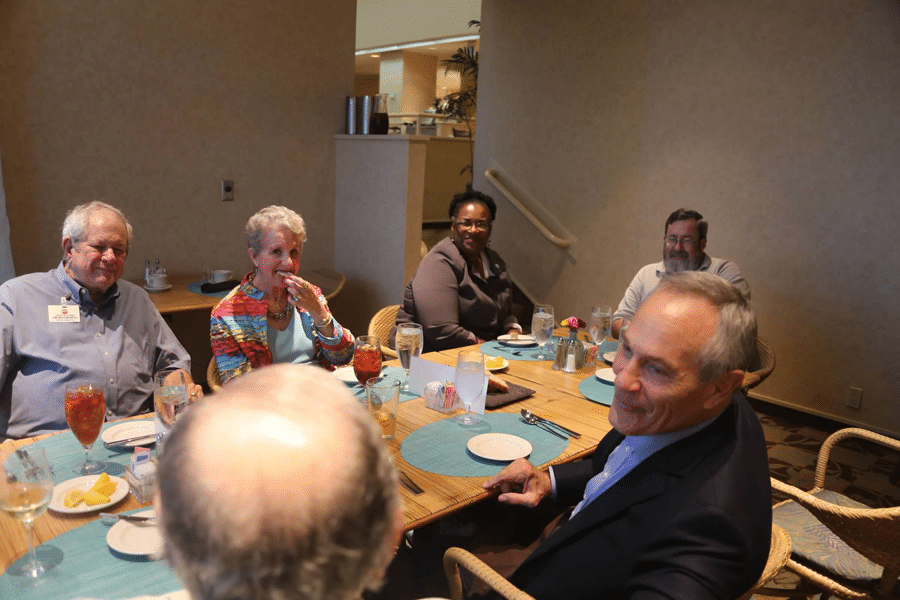 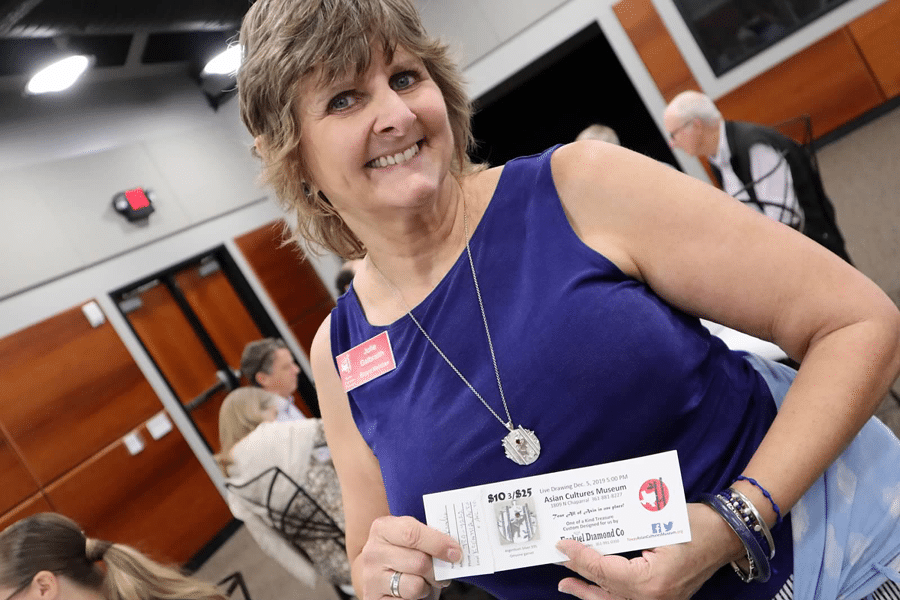 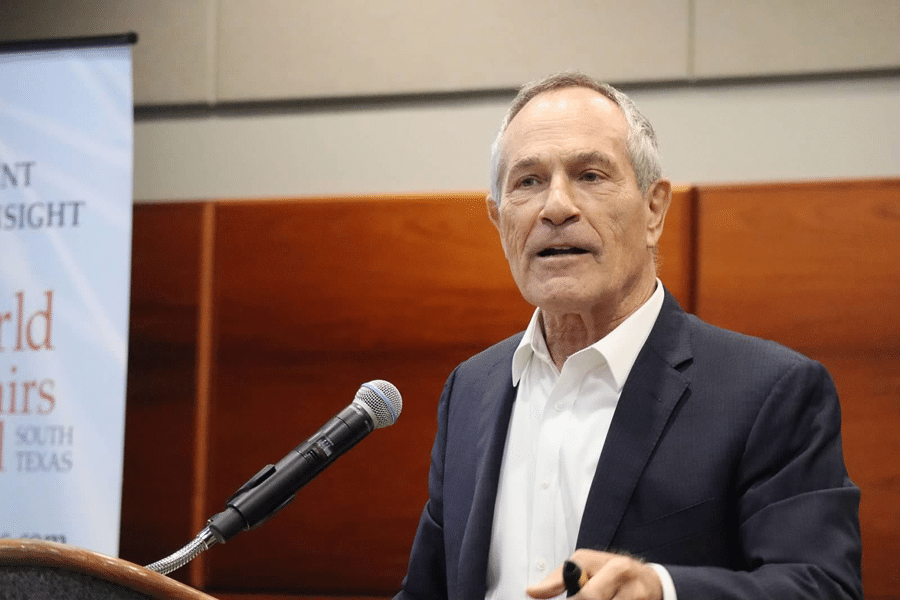 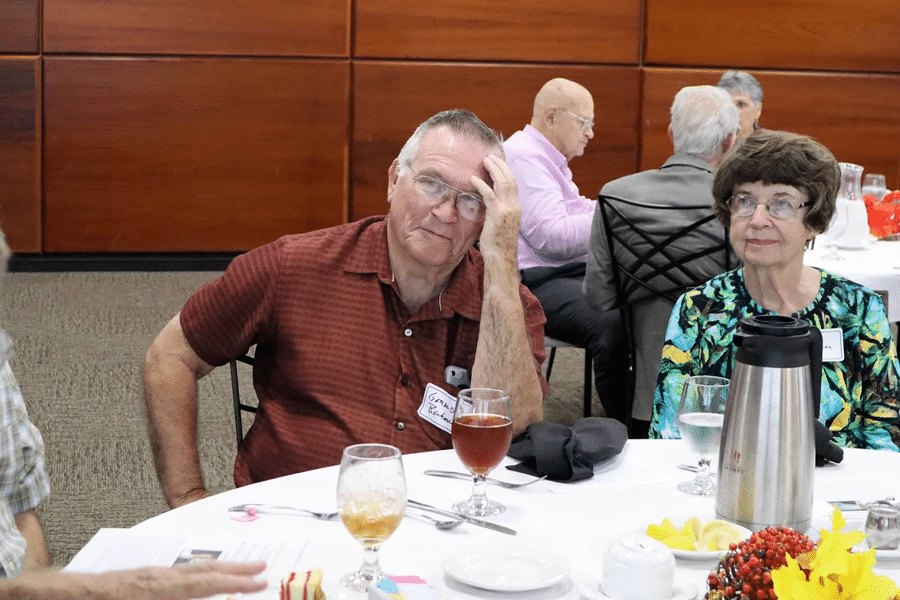 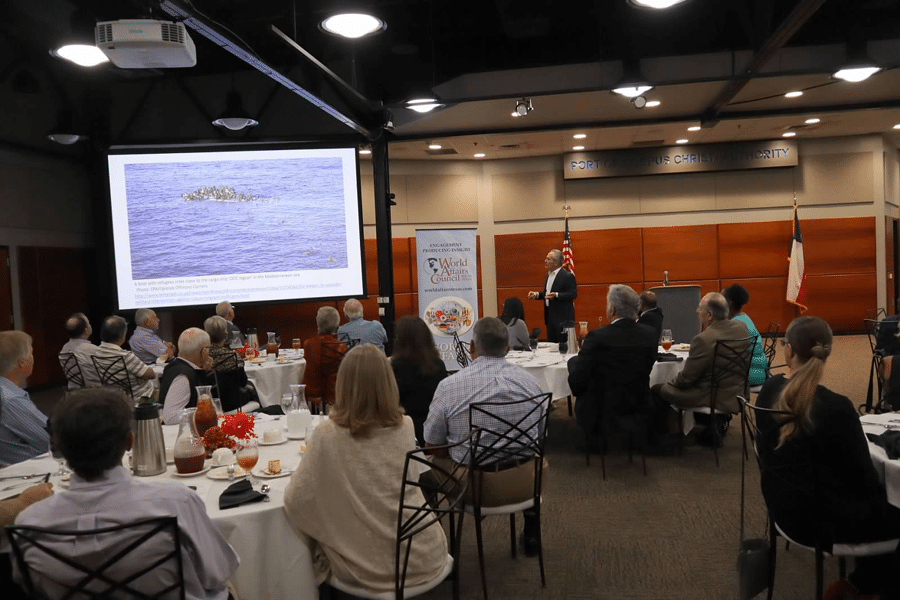