Implications for the U.S. and the World 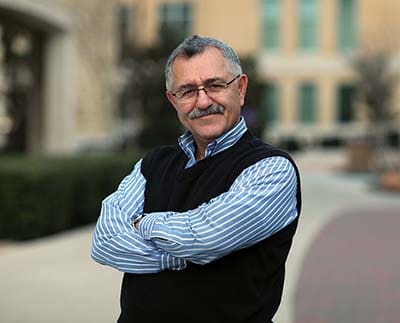 Dr. Dorraj’s expertise also includes focus of China and on race, religion and ethnicity as identity politics in the United States. His books in this area include: China’s Energy Relations with the Developing World and Perspectives on Race, Ethnicity and Religion.

Dr. Dorraj earned his Ph.D. in Political Science from The University of Texas at Austin and has received several awards for research, teaching and mentoring. Author of 80 scholarly articles and book chapters, he is a frequent invitee to major conferences around the world and to symposia at Harvard, Yale, Johns Hopkins, and Toronto University. He is a former visiting fellow at Georgetown Center for International and Regional Studies in Doha, Qatar. He is a frequent commentator on global affairs and Middle East politics in major national and international media and speaks to organizations in the U.S., Europe, China and the Middle East.

The price for the luncheon is $40 for members, $50 for non-members and $35 for full-time students and military personnel in uniform. There is a $10.00 discount for early registration that ends at noon The buffet luncheon will open at 11:30 AM. Dr. Dorraj will speak and take questions from the audience from Noon to 1 PM. Monday January 29..

COME JOIN US FOR THIS EXCITING EVENT AT THE ORTIZ CENTER!